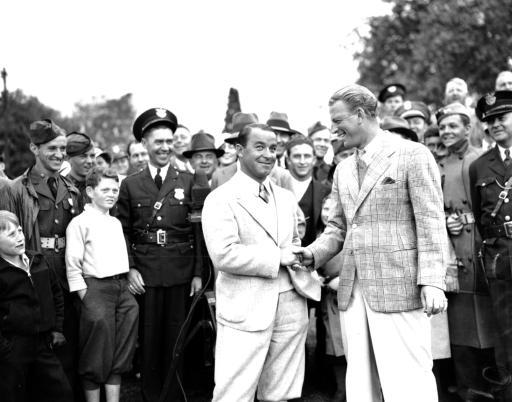 A Brief history lesion before the start of the 2014 Masters Tournament  kicks off April 10-13th.

In 1935, only the 2nd Year of the “Augusta National Invitational Tournament” now the Masters was in a change from the first year; the nines were switched to their present order, with the finishing hole at “Holly.”

In the fourth round of the Masters Invitational, Gene Sarazen was down three shots holed a very rare Double Eagle (235 yards, 4 wood) to tie Craig Wood and force a 36-hole playoff. This second shot at “Firethorn,” the par-5 15th hole (then 485 yards) it was referred to in golf as the “shot heard ’round the world.”

At the time of Gene Sarazen’s second shot a check for $1,500, the winning prize had already been written to Craig Wood, who had already finished his round. Wood would have to wait another six years before finally winning his Masters title. The Sarazen Bridge at the Augusta National Golf Club is named to commemorate the 20th anniversary of this feat.  It remains one of the most famous shots in golf history.

Gene Sarazen would go on to say that, “ That Double eagle wouldn’t have meant a thing if I hadn’t won the play-off the next day. The aspect I cherish most is that both Walter Hagen and Bobby Jones witnessed the shot..” 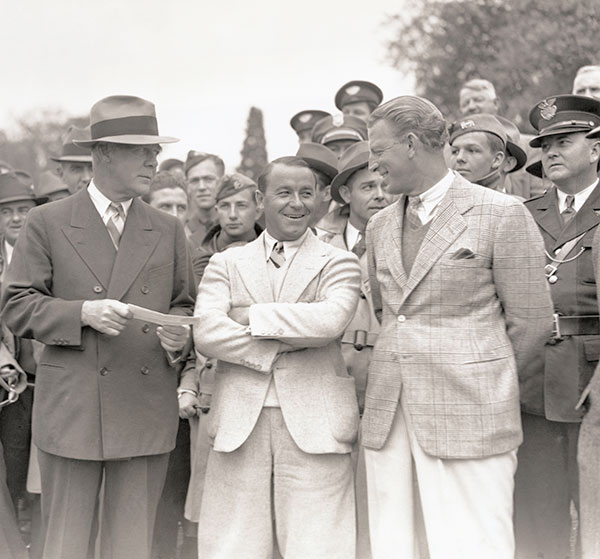